The Book of Blood & Shadow by Robin Wasserman 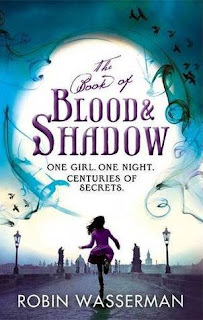